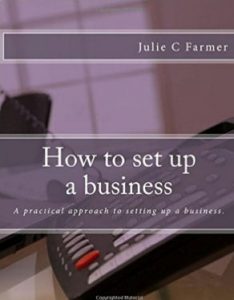 My New book is out – How to set up a business

I am so pleased to let everyone know that our series of books have now been published. If you want to set up your own business but are not sure where you should start then take a look at the book entitled How to set up a Business. Available on Amazon.co.uk

A Nation of Shopkeepers

Britain must become a “nation of shopkeepers” again, ministers have said amid concerns that entrepreneurship is dying because there are not enough “inspiring role models” in working class areas of the country.

Michelle Mone, the businesswomen behind the Ultimo lingerie range, will lead a Government review into why people from disadvantaged backgrounds in the UK are no longer setting up small businesses. Ms Mone said that the UK will not be “truly modern and successful” unless it is able to “unleash the entrepreneurial energy of skills of everyone in society”.

The country must no longer “tolerate a situation where people are held back from achieving dreams of working for themselves”, she added. It is the latest part of a Tory drive to position itself as the “party of working people” and appeal to low-income families across the country.

It comes after George Osborne’s decision to use his Budget to announce a National Living Wage to give workers across the country a pay rise.

Mrs Mone said that she will now travel from “John O’Groats to Land’s End” as part of her bid to establish why businesses are not being created by people from working class backgrounds.

The Government said her review will “identify the obstacles that people in the most disadvantaged areas face in becoming entrepreneurs, such as the lack of business and social networks and the lack of inspiring role models and mentors”.

Ms Mone, said to be worth £20 million, was awarded an OBE for her contribution to business in 2010.
Iain Duncan Smith, the Work and Pensions Secretary, said that Mrs Mone’s review will help people from poor areas of the country overcome the “barriers” necessary to start a small business.

He said: “I am delighted Michelle has agreed to lead this review. There’s no-one I can think of that’s better qualified to help young entrepreneurs from deprived backgrounds to turn a good idea into a flourishing business.
“We used to be known as a nation of shopkeepers. I want Michelle to report back to me on how we can encourage people of all backgrounds to take up this entrepreneurial spirit.”

Mrs Mone said: “My philosophy is that it does not matter where you are from, what education you have, or if you are from an affluent background or not, you can make it if you work hard, set your goals and never give up.
I’ll be traveling across the UK from John O’Groats to Land’s End to talk to and listen to people and groups from all backgrounds. I want to learn about the barriers they are facing and what changes are needed. “A truly modern and successful economy needs to be able to unleash the entrepreneurial energy of skills of everyone in society.
“It cannot tolerate a situation where people are held back from achieving dreams of working for themselves and creating jobs for others, simply because of where they are from, or because they have had a really tough time growing up, or because they are a lone parent.”

Mrs Mone will now spend the coming months traveling across the country visiting communities with high levels of deprivation and “entrenched worklessness”.

Her review “will have a particular focus on disadvantaged groups including benefit claimants, women, young and disabled people and ex-offenders”, a spokesman said.

Mr Osborne earlier this year announced the biggest review of business rates “in a generation” in a bid to save high street shops from the threat of internet companies. He announced a “radical” investigation of how to change the system which sees 1.8 million business in England paying rates which experts have warned are “crippling” small firms.

Experts have warned that the 400-year-old business rates system is leaving small shops struggling to compete with online retailers like Amazon, which pay relatively small business rates despite having huge annual turnovers. Business rates, date back to 1601, are calculated according to the rental value of the property a company uses. 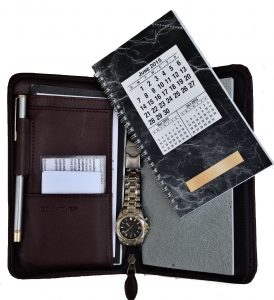 I love my diary

I am a very kinesthetic type of person (very visual) and as a result I love my diary. It’s one the tools I always ensure I take with me when I run my PA and Secretarial Training Courses. It’s a diary, note book, address book and so much more. It has a leather case and lots of different places to make notes, sections to fill in for example expenses and tasks.

It’s wonderful. Nevertheless, today I took the plunge and have decided that I am going to through myself, whole heartedly, in to an electronic task manager that I can share with my team. A system where I can allocate tasks, where my team can update me with the progress of tasks and let them know what I expect of them and what they need to do when I am in or out of the office. It’s a big leap for me as I am a bit of a control freak, but in the best way possible. 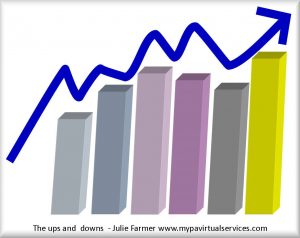 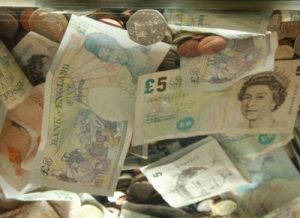 A day by day account of what Virtual PA does

I always knew that being a Virtual PA would mean that my day to day job would be very different and today has been exactly that. I spent this morning helping a client reduce their monthly bills by looking at all their direct debits and utility contracts to getting better. Together we managed to save about £600 per month. We then conducted an interesting calculation to find out how much money he would need for subsistence living, for a comfortable life and living the high life. The difference isn’t really that much.

Welcome to the Blog